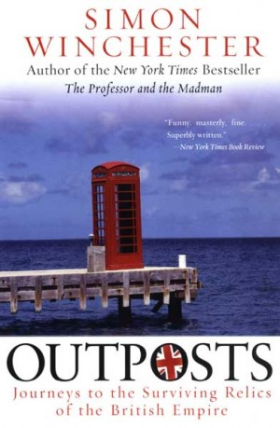 Having been raised in England and taught (although somewhat tongue-in-cheek) about how “the sun never sets on the British Empire,” I found this title and thought it would tick all my boxes for a good read: travel writing, experienced journalist, geography…

“Outposts” is a good read – a good solid read. It doesn’t sit on the table and beg to be picked up when you put it down for a while, but once you do get into it, it keeps your interest. Winchester is well traveled in his own right, having worked professionally in Uganda, Northern Ireland, Calcutta, the U.S. East coast, South China, and other areas of the world. He writes really well, lets his good sense of humor come through every now and then, and obviously likes and knows what he is talking about. 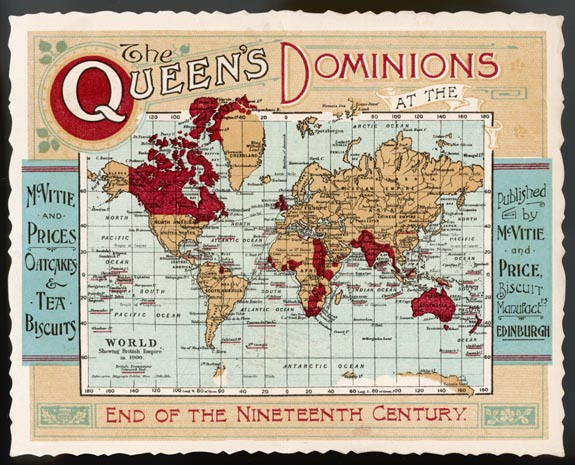 Outposts is a book that came out of a multi-year project Winchester thought up one day when he was sitting around with friends, and pondering whether England (or Great Britain*) actually had any far-flung outposts still around. Few people could actually remember any real outposts close or far, and so Winchester decided to dig a little deeper. What he thought would take about a year, took several years in the end, and in a more winding route.

Winchester covers various places across the globe, including Hong Kong (prior to the handover), Tristan de Cunha, Ascension Island, St. Helena’s, Gibraltar, the Falkland Islands, and the Pitcairn Islands. Obviously, since this was written in 1983, a great deal of things have changed politically speaking, and this has affected many of the various places that he visited. Although the book mentions that it was updated in 2003, a lot of the references throughout it are very dated and I felt slightly stymied at not knowing the latest status of some of these remote island communities. (However, how much of a duty do authors have to go back and update their work if they can be and are factually based? Presumably, that is the responsibility of the reader? Discuss.)

An interesting travel read about places that I will probably never visit. However, I found it to be fascinating to read about the lives of the people who lived in these places, and found myself wondering how life on a small and very remote island would be. I assume they have internet access and Tv, but do they? Not a lot of communications (except weekly newspapers) was mentioned in the book, but then again, things have changed a great deal communication-wise since then.

The tone of the book vacillated between “Hooray – Britain is great” to a more frowny “look at how the British government is neglecting its own citizens in this far flung area.” It was rather a dressing down for the diplomats and other government employees who were responsible for the folks who live on the islands, and I think this would have benefited from an interview from the British diplomat corps perhaps in an afterword or blended in with the appropriate chapters when it was updated. Are things still like this for the island communities?

Overall, a light hearted and light-handed take on some wide-ranging places across the world. Winchester is good at interviewing people and describing the various locations (especially the weather which was cruel in places), so that was an extra bonus. I have read other Winchester books (pre-blog), and like those, and this, although not quite as good as other work, is still a good read.

*Although I am a Brit, I had no idea that the “Great” in “Great Britain” was because across the channel in France is an area now called Brittany. In early days, this was “Little Britain” and then the UK was “Great Britain”… So now you know. 🙂