Since it’s been a while since I have finished this book (and apparently I took minimal notes), my observations about this read might be rather scant. It’s a good Victorian novel that focuses on the dichotomy of rich factory owners versus the poor industrial workers, but in fact, this novel is much more than that. It’s also a really well handled mystery novel which adds a nice touch to the traditional Victorian format, I thought.

As in Gaskell’s other book, North and South,   this one is set in the Industrial North of England in Manchester, and revolves around two families, the Bartons and the Wilsons, both working class. The contrast comes in when Mary Barton, the protagonist, is wooed (and attracted to) rich mill owner son, Henry Carson, while also being attracted to poor working class and childhood friend, Jem Wilson.  But who will she choose (or who will choose her)?

Carson is murdered, but who dunnit? So there is this thread of mystery as well as social commentary all happening at the same time which works really well.

Gaskell herself was concerned with poverty-stricken workers in industrial towns, and even visited a family to accurately describe what their living conditions were really like.

This has been criticized as being a novel that can’t really make up its mind as to whether it’s a domestic novel (like Cranford) or whether Gaskell wants it to be a hard-hitting socially critical work, but it seems to me that it works well in both ways. It’s Victorian in its own special way – sensational, heavy-handed, wordy – but it also features some hard-hitting descriptions of poverty and industrial problems (such as the factory fire where the workers are powerless to do anything except watch and wait).

It was first published anonymously in 1848 as two volumes, and Gaskell was paid $100 for her work.

I’ve enjoyed reading Gaskell’s work (Cranford and North and South), and see that she has quite a bit more work out there. Goody goody. More treats to come. 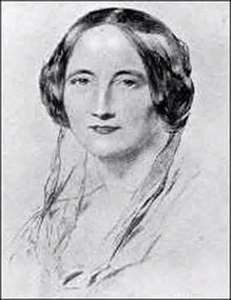