As in life so it is in reading: there are some things that just don’t stick and get finished. These were the titles that I couldn’t get through this month, for a wide variety of reasons listed below. I’m sure the authors are lovely people – just wasn’t the right book for me at that time. 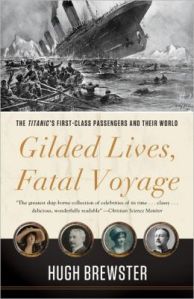 This was a non-fiction that I impulsively grabbed at the library on a display about love and money (or love for money). Seeing as I have been rather interested in the Gilded Age (although this is set a wee bit earlier than that), I had thoughts of this being an interesting read. Sucker. I think it should have been shelved as gender studies as there were an awful of pages detailing of who was/might have been gay and who wasn’t. That’s fine if that’s what you’re looking to read about, but I was after more details of life on the ship itself, not necessarily who did what in the bedroom. And there was an awful lot of conjecture: “They may have done this next” and “perhaps they did that then” and “then they would have thought that”… Grr.

I was so excited to see this title on the New Books shelf at the library: a book about the favorite books of people who write books. How could this not be fabbo? Well, it turned out to be a rather a petty Vanity Project in my opinion. The editor is well connected in NYC and it just seems that she went through her Contacts list on her iPhone and asked her buddies — “Hey –I’m writing a book about books. You’re quirky and creative and think you’re cool and live in NYC. What’s on your shelf?” Honestly, this was a great idea (favorite book titles of famous creative people) but it went off the tracks when it turned into a “look at how great I am because I’m friends with Thessaly and I chose these quirky book titles”. (Some people even chose books in a language that they couldn’t read and hadn’t even opened. What. The… How is that your ideal bookshelf? ) This just seemed to be a mirror to reflect a bunch of poseurs to me, but you might have a different opinion.

The Secret Life of Bletchley Park – Sinclair McKay.
This was a bit of an iffy book when I picked it up. I am probably the person with the weakest skills available for solving logic and cryptic puzzles, but I was hoping for more about the people who lived in Bletchley and who solved the Enigma Code which helped turn the tide for England in WWII. And, to be fair, there was some talk of the people, but there was an awful lot of dial-twisting and old button pushing descriptions which bored the pants off me at times. I have no less admiration for the achievements of this collection of smart young people who pulled that off – it just wasn’t quite the read that I was hoping for. (Another reason to get this read is because I am going to England/home in November and thought it might be nice to visit Bletchley which isn’t that far from where I used to live. Never been except when I was a kid to play on their swings. For some reason, they had great playground equipment there.) So – now know more than I did before – definitely not an expert by any means though. 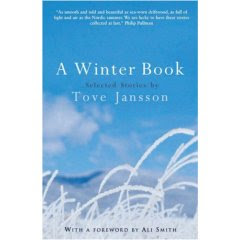 .
As I had really enjoyed Janssen’s “The Summer Book”, I thought it would be similar for “The Winter Book” by the same author, but no, not this time. This was just a series of random vignettes from someone’s childhood and it all seemed a bit pointless to me so put it down halfway through. It was also a really hot day here in Texas and I had thought that with this title (“The Winter Book”) it might have snow and cooler temperatures. It was not to be; however, I can hardly blame that idea on the author. Her writing is good, as always, but not the right book at the right time, I’m afraid.

On the (very) plus side, I have just finished reading my first time through one of the Paddington the Bear books. Oh wow. Funny stuff (especially the “hard stares” that he gives people when he disagrees with them.) I so wish I had read these when I was a child – we had them, but never picked them up. Sigh. The ideas of youth. 🙂