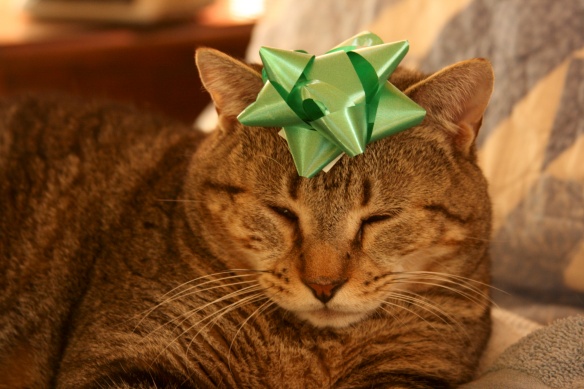 Background Note: Cowboy, as you know, is one of our cats. She is big and friendly and doesn’t suffer fools gladly. She naps a lot. All of which helps with this ongoing project I have going on…

It’s called “Things on Cowboy’s Head” and I am just seeing what I can balance on the top of her head when she’s amenable to that. It’s been fun so far, and she seems quite happy to play along. (She just moves when she doesn’t want to participate.)