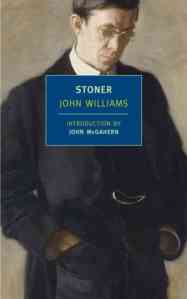 “And that was one of the legends that began to attach to his name, legends that grew more detailed and elaborate year by year, progressing like myth from personal fact to ritual truth…”

This seems to have been hitting the right buttons and is the Golden Child of the interwebs right now, so I thought I’d see what all the fuss was. It was written in 1965, and republished by NYRB in 2003, but only came to wide public knowledge when it was awarded the Waterstones Book of the Year at the end of 2013. (I have no idea how it bubbled to the surface after having been published ten years previously. I have read that it was promoted by a famous author (male) in UK and that’s why it suddenly got more well known, but I don’t know the details just yet.)

Despite the big marketing noise that this novel has received across the blogosphere (“it is a perfect novel” trumpets NYRB but then they published it) the narrative itself is remarkably quiet. It’s a book where “nothing happens” but, of course, things do but in a quiet manner. The protagonist is William Stoner (always referred to as Stoner) who grows up in a poverty-ridden farming family. He is the only child and is expected to go to university, learn about agriculture and farming, and then come home to take on the family business. However, things don’t work out that way: Stoner is attracted to (and is good at) academics and stays on for graduate school studying the not-very-pragmatic subject of Mediaeval and Latin writings.

Departmental politics have a big effect on his career, his marriage is rather cold and empty, he falls in love with a young instructor, and his emotions are in turmoil quite often, but it’s all under the surface. Stoner is like a volcano that never blows its top – so much is going on underneath the surface, but most people are unaware of this passion. (Only his partner in the affair is aware of this bubbling of emotions.)

Williams himself worked in a university teaching for a couple of decades and it’s clear that he is familiar with the dynamics of politics in an academic setting. Stoner is strong in his own way: he’s not a typical hero, but he keeps on plodding (which makes him a hero of a different sort). Perhaps his name reflects how the protagonist is: like a stone, slow-changing over the years…(Dunno. Just made that bit up and I blame this ability to stretch things to the limit interpretation-wise on Grad School.)

One of the reviewers at The New Yorker describes the book as almost “anti-Gatsby” and I think this is a very accurate description. Gatsby is all noise, parties, social life, gatherings, and popularity. Stoner is the complete opposite of that: quiet and academic. Stoner is stoic and silent just as much as Gatsby is not. (It could also be argued that Katherine, the mistress, and perhaps Edith, his wife, are the Daisy figures…)

This volume wasn’t the easiest book to keep reading – once I had put it down, it didn’t always call to me to pick it back up. However, then I discovered that it was one of the books who demand that you, as the reader, spend some lengthy time to read long sections. Once I did that, Stoner became a character who I cared about and who I continued to think about between readings.