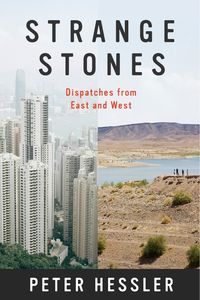 I am an admirer of Peter Hessler’s writing. He manages to write really well, engagingly and with a good sense of humor, and it’s usually an in-depth look at a particular aspect of wherever he is (usually China since he spent a decade there). This volume is a collection of some of his published writing from the New Yorker over the past few years, some of which has been excerpted elsewhere (which is fine) and which ranges from living in China as an ex-pat (mostly) to a few pieces about living in Colorado when he and his wife moved there. (I think he’s now in Cairo.)

I like Hessler. I like his writing and I like how he approaches his wide range of subject matter with respect and honesty without sucking up. I’ve even seen him give a talk, and although he’s a better writer than he is a public speaker, it was still an enjoyable evening.

So why was this book such a slog to get through?

Being a collection of different articles and only being loosely related on a theme (and even that a bit of a stretch if you ask me), it’s to be expected that the quality of each article will vary as will the amount of interest that each article will invoke in me as a reader. It wasn’t the quality of the writing that was the obstacle, I think, as opposed to the ongoing feeling that his publishers wanted to print a new book, and he didn’t have enough for a new book so they tossed this together, under a stretched-thin theme of “East and West”. There just wasn’t enough of a link between the Colorado articles and the life-in-China ones, and for the publisher to claim otherwise is a bit of a farce.

It’s a shame as the majority of these articles are really good, in and of themselves. I just don’t feel that they were strong enough to stand in this collection, and that it was rather a desperate (or greedy?) move on the part of Hessler’s group to publish it. It’s not a bad read, by any means, but after having read other Hessler books, this seemed to be rather a weakly glued together collection to just grab another buck.

Hessler is a really good writer (as evidenced by his writing credentials), but this effort just did not hold together. Individually, the articles were good – there just wasn’t that synergy there where this volume is concerned.