“Why should I not publish my diary? I have often seen reminiscences of people I have never even heard of, and I fail to see—because I do not happen to be a ‘Somebody’—why my diary should not be interesting.”

Although this was a reread, it was a reread from A Long Time Ago and so it ended up being more or less a New Read in the end. And this was fine, as I loved this book. I know it was written in the late Victorian era, but it was so funny that I burst out laughing at times which led to some strange looks when I was on the elliptical at the gym. I couldn’t help myself though, and TBH, it was that funny to me that I can neither confirm nor deny that snorting out loud did occur in public.

Laurels House – the home of the Pooter family.

This is a fictional diary of a lower middle-class man living on the outskirts of London, married with a grown-up son and a wife who loves him despite his flaws. (He doesn’t acknowledge these flaws though…) Charles Pooter is the diarist, and he lives a modest existence as a city clerk in an office where he’s been working for the past 20 years without much professional recognition, and he begins journaling as he secretly thinks that someone somewhere will publish his diary for its literary worth. He’s a nice guy, basically, but has some insufferable snobbish airs which stem only from his own personal social insecurity and not from malice.

Adult son William (and then later called Lupin) is rather a gadabout creature who drinks, gambles and makes somewhat brash decisions, but who receives the general adoration from his parents (which becomes somewhat tempered after Lupin movies in to his childhood home due to losing his job). Wife Carrie is portrayed as a sweet Victorian wife, but readers can see (through Mr. Pooter’s diary descriptions) that perhaps she is not quite as quiet and adoring of her husband as he writes. It’s all very farcical, but done in such a way that it’s fresh and still very very funny in parts.

Mr. Pooter’s diary chronicles about 15 months of his life and details his thinking about his life in London as a clerk and the sometimes hilarious social misfortunes that occur to him, typical things that happen to anyone but which, when they happen to Mr. Pooter, can completely shape his day and how he sees it. It’s a little bit like reading Basil Fawlty’s diary (if you remember that TV series). He does his best, but things consistently go wrong for him. Despite this, his family still loves him all the same.

Written by brothers and stage performers, Weedon and George Grossmith, this book was first published as a series of excerpts in Punch, and was popular precisely it skewered most of the typical routines of its audience and the increasing social expectations of a booming lower-middle and middle class. However, it wasn’t an instant hit, but its popularity grew over time and since it was first published, this title has never been out of print. It’s also been the influence of other fictional diaries that have since been published: Diary of Adrian Mole series (by Sue Townsend), Bridget Jones’ Diary series (by Helen Fielding) and in other media forms, there’s a clear influence of Mr. Pooter’s ilk on TV shows such as Fawlty Towers. Interestingly enough, Hugh Bonneville (who plays Lord Grantham in Downton Abbey) was given rave reviews for his time as Mr. Pooter in a 2007 BBC dramatization on BBC Four. I wonder if that’s available on-line somewhere… I’ll check in the future.

Suffice to say, this was a very fun read and I’m really glad that I picked it off the TBR shelf. Highly recommended. This will be added to my Epistolary Novels post for certain. 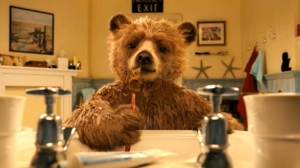