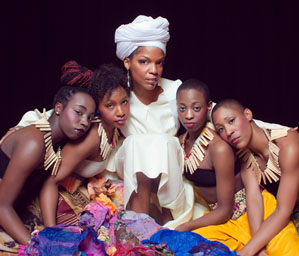 We were culture vultures the other day when Texas Tech brought “The Clothesline Muse” to a local stage and it was really a great experience. I’m not really a huge fan of modern dance having got nightmares from my early teenaged years of doing it at school during PE. (“Look – Be a leaf in the wind!!”) But this performance was not at all what I was expecting and I loved it.

It’s a multidisciplinary performance piece (and I say “performance piece” to sound arty, but another way to describe it could be a musical/dance/play/poetry mix which would still be accurate) – anyway, it’s an extremely polished well produced play (of sorts) which focuses on the relationship between a grandmother who is moving into an assisted living place and is being helped with the packing by her young granddaughter. As the boxes are packed, the granddaughter is struggling to meet her work deadlines at the same time (via phone/email), but as they eventually slow down the pace of packing, the elder woman starts to tell the younger stories of her long-ago youth. These stories cover the personal but also the political: emerging labor movement rights, African-American history, civil rights issues, women’s rights… All seen through the lens of the grandmother who was a washerwoman, a laundress, and as the play continues, it shows that there can be pride in the most menial of jobs.

This was a fantastic mélange of music and memory, of lithe young dancers doing impossible moves with their bodies and of the slow stiff body of the aged, of songs giving voice to those who had none… I think I may sound a bit gushy here, but this play is good enough to be gushy about. The singers were fantastic – jazzy (without being annoyingly improvisational) and extremely good. Nnenna Freelong plays the lead role and she is an award-winning Grammy-nominated jazz vocalist and wrote the play. What was a great extra touch was that once the performance was over, the cast came out to the front of the stage and took questions and answers from the audience (who included high school as well as univ students). For such a great cast to take the time to add this educational component that was very well received by the younger audience members.

The Clothesline Muse is touring the US right now, so you might want to check the listings to see if it’s coming close to where you are. I highly recommend it if you like music, plays, dance, issues-focused culture, or extremely good anything.

(Just made it at the end of February as part of JOMP’s Black History Month recognition.) 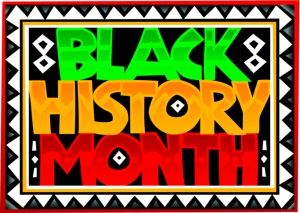