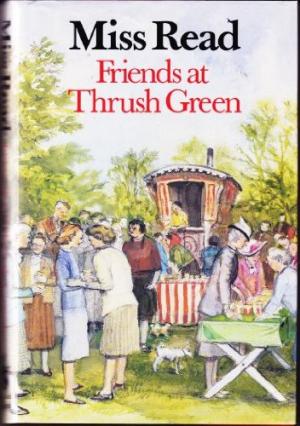 So, my last post was all about everything going on without actually talking about books, but I promise there has been reading (naturellement), but it’s not been stupendous with any titles yearning for a long chatty blog post.

As part of the ongoing Century of Books, I picked up a Miss Read (Friends at Thrush Green) which fit in perfectly with the year 1991. (That’s pretty late in life for Miss Read to be still publishing, but it worked and also encompasses fairly modern issues such as alcoholism and senility for some of the characters. People have criticized this title for being darker than her other titles, but it worked for me. This was a thoroughly enjoyable romp full of bubbles and light, and was actually a perfect antidote to the current world situation. A good palate cleanser.

I picked up and put back down two more titles, and then came across an older F. Scott Fitzgerald title, This Side of Paradise, which is his first novel and published in 1920. It follows the life and times of college student Amory Blaine and his relationships with others as he goes through life. Not particularly gleeful to read at times, but a good solid read.

Fitzgerald had just broken up with Zelda earlier the summer that he wrote this novel, and, convinced that he would win Zelda’s heart back if it got published, he sent it to New York publisher Maxwell Perkins. Perkins reluctantly published it, and bingo, Zelda takes back Fitzgerald the spring that the book comes out. Barely a week after the book is published, Zelda and Fitzgerald get married. (Just found out that the title, “This Side of Paradise” comes from a line in a Rupert Brooke’s poem. Huh.)

I’m only about halfway through this read, but am really enjoying it for the most part. (In a bit of slow patch right now, but I bet it picks up.) More to come, I’m sure.