So it’s been a busy few weeks, both at work and at home. Reading has taken a bit of a backseat role, and this is reflected in my book totals, but all is well. Stats are only something that I keep a vague eye on, and so it’s not something to stress about.

I did have a DNF the other day (Color by Victoria Finlay) – a non-fiction that looked as though it would be right up my alley: micro-fiction type covering the history of different colors; instead, for some reason, I could only get through 150 pages of this. I’m not sure exactly what it was that impacted my read of this title, but it did so there you go. 🙂 Off the TBR pile so that’s good news. It’s been there a while.

It seems that I have been reading more difficult books lately, so, thinking it would be good to have a break from all the problems of the world, I decided to pick up a fairly straightforward title by Anna Quindlen, Still Life with Bread Crumbs, and am finding this an enjoyable read. It actually reads as smoothly as a hot knife through butter, and this is just what I’ve been craving. Sort of a palate cleanser, if you will.

Movies – seen some corkers lately. Highly recommend that you go see “The Big Sick” with Kumail Nanjiani and Emily V. Gordon, a rom-com but this time it’s an intelligent and witty view of a relationship with some really big medical

challenges. I laughed out loud so many times during this movie, and I can neither confirm nor deny that there may have been a tear at some point. Seriously, one of the best movies I’ve seen in a long time.

(ETA: This is an unfortunate name for the film in England though. If you’re “sick” in UK English [at least when I was growing up there and in our family], the word “sick” is the name for actual physical vomit itself. If you’re not feeling very well in UK English, you might say “I’m feeling poorly” or similar, not “I’m sick”. What this title is actually saying is “The Big Puddle of Vomit” in UK-ese. Haha.)

The other night, Superhero and I watched Arrival with Amy Adams, Jeremy Renner (you’ll know his face), and Forest Whitaker. It’s a light sci-fi film about how humans react when twelve pods of aliens arrive on earth. I really liked it because it was all about linguistics and language – how to communicate with a different species when there is no common vocabulary? – and Adams was great. Even if you’re not sure about watching sci-fi, this is much more than that, so I bet you’ll like it.

In between reading and movies, we finished up the TV police series, Shetland (another really good series set in Scotland – subtitles might be needed), and now have started Happy Valley, a police series set up in Yorkshire. Quite dark in places, but still very good. It’s good to see some England as I’ve been wanting a fix of scenery.

Life is chugging along nicely. We’re gearing up to go to LA for a weekend trip to visit some family, and then a trip to Colorado in September with some friends. (Half of the group are doing a grueling trail run, while the other half (including me) will be strolling through the shops and having a cup of coffee at the finish line to meet the runners…

Speaking of LA, do you have any recommendations of things to see? We’re planning on seeing a taping of Bill Maher’s show, and, fingers crossed, a tour of the Stahl House, but that’s a bit iffy right now. Any other ideas? 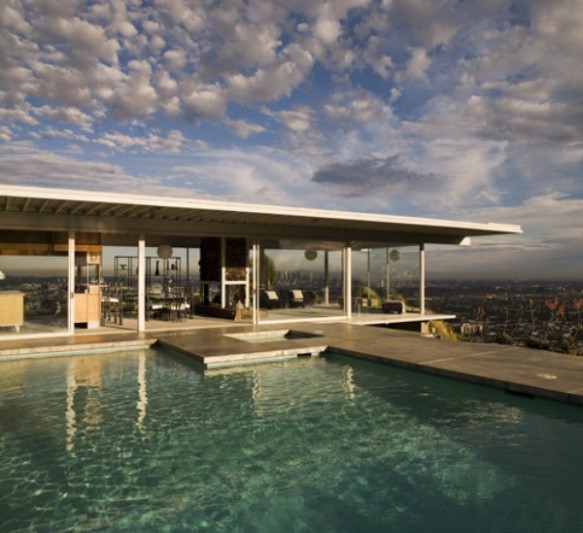