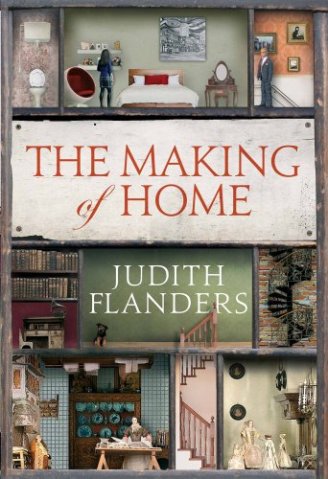 I’m always really curious about the social history of places and times: how did people live then? Under what conditions? What did they do each day, and what did their houses look like?

With that said, it’s little wonder that I really enjoyed a recent read of historian Judith Flanders’ work called The Making of Home: The 500-Year Story of How our Houses Became our Homes which covers exactly that topic, huge as it is.

Flanders is a social historian with several titles to her credit, including Consuming Passions: Leisure and Pleasure in Victorian Britain (see review here), The Victorian House: Domestic Life from Childbirth to Deathbed (see review here), and one or two in the TBR pile (The Invention of Murder and The Victorian City: Everyday Life in Dickens’ London). Obviously, I enjoy her writing and what she has to say…

The idea that “home” is a special place, a separate place, a place where we can be our true selves, is too obvious to us today that we barely pause to think about it. But… “home” is a relatively new concept.

As usual, this book is so chock-full of interesting (to me) points, I ended up with a bullet list of curious facts, so hopefully, that will work for you.

And there’s so much more, that if this type of social history whets your whistle, I think that you’ll like Flanders and her work. Plus – the bibliography is lengthy and I added quite a few new titles to my ever-expanding TBR list.

* When Superhero and I were young marrieds, we only had enough money to buy a dining room table. (We didn’t have enough to buy the matching chairs, so for quite a few months, we only had two non-matching dining table director’s chairs.) The next Christmas, we saved up and got the matching set. Baby steps, amirite?

If you like this sort of book, here are some other domestic/social history books that I’ve read in case you’re looking to add to the ol’ TBR pile. (Obvs, I like Flanders!):