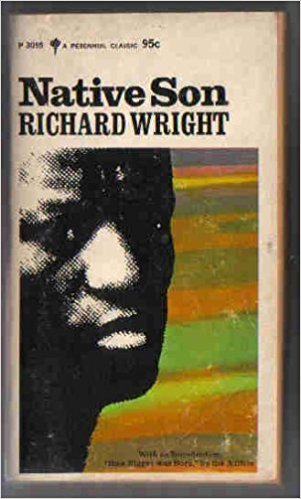 …they needed a certain picture of the world; there was one way of living they preferred above all others; and they were blind to what did not fit. They did not want to see what others are doing if that doing did not feed their own desires. All one had to do was to be bold, do something nobody had thought of…

Richard Wright’s novel, Native Son, is one heckuva powerful novel to read, and I can’t believe that it’s not more common in required reading lists for English classes, because it brings up so many discussion points: racism, housing, poverty, education, perseverance… And the writing… It was just great.

To back up a little, let me explain how this title was chosen in the first place. February is African American (or Black) History Month in the U.S., which is I think an important public recognition of the contributions of the African-American people over the years.

I have been wanting to add more POC authors and topics to my TBR, and thus, this reading project was born.

Native Son is a novel that covers the journey of one Bigger Thomas, raised in one room with a single mother and two other siblings, and one of thousands who lived in on the South Side of Chicago (or the Black Belt as Wright describes it). It’s the late 1930’s, and Bigger (like a lot of other people) had stopped his education early due to having to work to support his family. It was during one of the gaps in employment when the crux of this whole matter arises.

Bigger is selected by one of the wealthy philanthropists to get trained to be his chauffeur. It’s win-win for everyone it seems: the rich people feel better for “saving” one of the many poor people, and the guy in the job gets to feed his family. What could possibly go wrong?

Surrounded by desperate people with little access to resources, Bigger is skirting the edge of crime, but it’s not until one night that he actually crosses over into that dark world. After accidentally committing murder one night with someone in his employer’s family, Bigger finds a freedom in himself and his life that he had never experienced before. And once someone has tasted freedom after years of being in chains, it’s very hard to go back…

“No Negro exists who does not have his private Bigger Thomas living in his skull.”

The novel is divided into three separate parts (Flight, Fear, Fate) and time is very compressed in the story. The whole book’s action happens only over a couple of weeks, and it’s compelling to see Bigger’s life journey as it just spirals and spirals down. 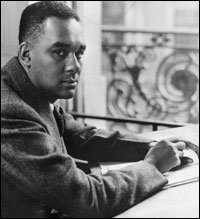 Wright uses an omniscient POV, so readers can see what everyone is thinking as the narrative progresses, and it’s a really good writing choice to use this as you get to understand the motivations of each person in the story balanced with what the rest of the world sees. The world only sees the actions and reactions of the characters, and without the access to the characters’ thoughts, you can see how things can go very very wrong.

So – to the story itself: Bigger takes the new job eagerly, and meets his employers who allow him to have a room in their big house. You never really know when you might need a chauffeur, and the married couple who hired him thinks themselves very big-hearted to take a boy out of the South Side. Indeed, they have done a lot for the African-American community, donating millions of dollars to black schools, and training centers.

On the first night of his first day of chauffeuring, Bigger takes Mary, the (white) daughter of the house to a party elsewhere, where she stays for a while and picks up a male friend, and then they cruise around, reluctant to go home. Both Mary and her new friend are progressive for the time, so when they want to stop and get a drink or two, they naturally invite Bigger in with them to have a drink as well.

After a while, it gets to be very late and Mary needs to get back to sleep as she’s traveling out of town the next day. She is, however, completely wasted from all the alcohol she’s been drinking, and after dropping her friend off, Bigger is forced to help Mary into the house and put her to bed. No big deal, except that this was 1930’s Chicago, smack in the middle of Jim Crow laws, and “negros” didn’t go into young white lady’s bedrooms at three in the morning.

And then the story ricochets from there, and you go along willingly for the wild ride. Bigger ends up being accused of rape and murder, which is the start of his downfall, as you can imagine. However, as the book progresses, Wright carefully points out all the cultural problems in such a way that you can follow Bigger’s thinking and how easy it was for him to fall into this legal trap.

Murder is wrong, but it was accidental. Why didn’t Bigger just leave Mary in the room? Because one thing happens which triggers a whole onslaught of other related events, but every single stage of this journey is based on faulty cultural assumptions (i.e. White vs. Black), so honestly how could this event have played out any differently? It really couldn’t have, and that’s why it was a really effective writing decision to use the omniscient point of view. Having all the thoughts of each character means that you, as the reader, see the logic in some of the decisions that follow when the book’s characters don’t.

The first part, Fear, is when Wright is setting up the scene of the poverty and high levels of unemployment that the African-American community faces just trying to live their lives. There’s a lot of fear around: white people fear black people, black people fear white people, and almost every action that anyone takes is grounded by being afraid. It’s a fraught time for the country, and such racial tension is easy to be ignited with the open flames of unrest and discontent.

The second part, Flight, is right after the incident between Mary and Bigger occurs, and events happen very quickly after that, as Bigger has to leave home to hide from the police. This is a really tense novel, if you haven’t picked that up already, and it was soooo difficult to actually put down. (There are no chapter breaks and no paragraph breaks to take a breath. You are as exhausted as Bigger gets when you’re reading it.) Bigger is on the run…

The final section, Fate, is when the law catches up with Bigger and he faces his court trial for the death penalty for what might have been murder (and not just murder: murder of a white woman by a black man…). Even more shocking and great media fodder. The trial ends up drawing massive attention, and people rally outside the court room shouting and chanting what they think should happen to Bigger.

But Bigger’s lawyer, Mr. Max, gives an astonishing speech in his closing arguments – you’ll have to read it to believe it – and throughout his talk, Mr. Max clearly shines the spotlights on the cultural mores and assumptions that have led to this situation.

Taking a birds-eye view (with the omniscient POV) opens the full range of reasons why the Bigger-Mary incident occurred. Was he culpable?  Sure, but how much blame can you assign to a racist society which cuts off opportunities for betterment to a large part of society? Where does the line stop?

Anyway, a fascinating read and one that kept me up rather later a few nights as I just couldn’t leave Bigger without knowing his fate. Highly recommended as a African-American classic. Everyone should be reading this, even (and perhaps especially) the Orange Goblin (if he can read). 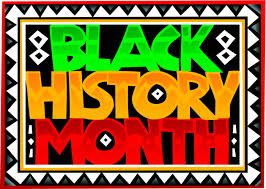