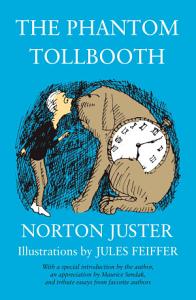 I apologize for the lack of blog posts lately. The only excuse I have that is remotely worthy is that I’m teaching a new class this semester, which is requiring five billion new PPTs which take some time to put together. (Hyperbole is the best, I think…)

Plus my computer has a mind of its own on occasion and I’ve lost a handful of files which meant I had to recreate them. Grr.

In the meantime, I’m getting the new routine sorted out and organizing the work load more efficiently, so all signs point to more blog posts in the future weeks.

I’ve been reading, but just not as much as I did in the summer since there’s been that prep for class (which I don’t mind at all). All the prep also means that I have rather tired eyes at the end of the day, and now I finally understand what my parents and grandparents meant when they said that they were “just resting” their eyes … 🙂

And so, what have I been reading? Well….

I happened to find a brand-new copy of the old kids’ book called “The Phantom Tollbooth” by Norton Juster (1961) which was quite a clever read. The title doesn’t make my Top Ten reads or anything, but it was a fun non-demanding read and just right for the overload at the beginning of the semester. 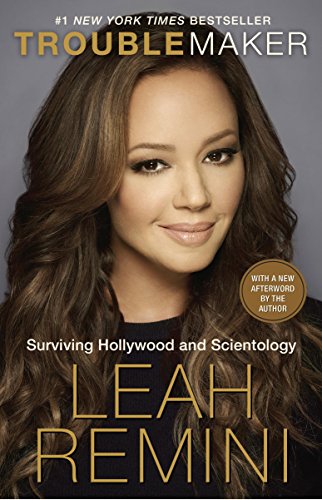 Then, I moved on to something very different: “Troublemaker”, the autobiography by Leah Remini of her years spent in Scientology. Wow. It’s a very strange way of life and costs thousands of dollars to stay in it, but its attraction, I think, is that it provides a home and a direction for those folks who are feeling a little lost in their own lives. It promises so much – eternity, happiness, riches, saving the world – but the personal cost to each individual is immense.

Remini was in the religion due to her mother being a Scientologist, but when Remini was older, she saw the cult for what it really was, and tried to get out. However, if you’ve grown up in the religion, most of your friends and support system are also Scientologists, and the rule is that a Scientologist who leaves the group must be “disconnected” by their friends and family (i.e., they never speak again), so leaving is a big decision for some people. They lose their family, their friends, their entire support system… What a scary risk.

From the outside looking in (the position that I hold), it’s hard for me to see how otherwise fairly sane humans sign up for this, promising their lives to the religion for a billion years (via reincarnation) and spending gross amounts of money to reach the much-esteemed level of being deemed “clear”, the ultimate goal. (Tom Cruise, naturally, is probably up there by now since financial donations help you move up the ladder. In fact, Remini is not very complimentary of Cruise at all…)

So, this was a fascinating read for me, and in the end, I feel badly for the folks who get sucked into this group. Most are not very wealthy and the religion forces such spending on people that they end up declaring bankruptcy on many occasions. However, I try not to judge anyone as they’re just trying to improve their lives (and others) in many cases, but it actually does the complete opposite of that.

Remini gets out in the end and is in the position (socially and financially) that she can escape without having to suffer some of the huge consequences that others may have to endure. However, her mother and others do disconnect her in the end…

Anyway, I found this to be a fascinating read on human behavior…

For another perspective on Scientology, I would suggest “Inside Scientology: The Story of America’s Most Secretive Religion” by Janet Reitman (2011).