Life has been a bit busy lately, so in order to get caught up a bit, I thought I’d do a quick round-up of what I’ve been reading lately. Please don’t think that just because these titles don’t get their very own blog post, these titles are not that great. They are awesome, but in the interests of time and resources, I thought a brief mention would be better than no mention.

Back in September, I finished up a powerful read of “Warriors Don’t Cry”, a recounting of when Arkansas was forced to desegregate its Little Rock Central High School, much to the dismay of a lot of people. There were supporters, naturally, but this is from the viewpoint of one of the young high school students who took courage to new levels when she decided to stick with the desegregation process, scary though it was.

Reading just how badly people behaved during this  time period was heart-breaking and stressful. There was a band of six high school students, all African-American, who were selected to be the pioneers in integrating their school, and once I had read about how just plain horrible some of the people (community adults, teachers and students) were to these brave students, my heart went out to them.

It’s an amazing read that takes you into the very heart of a reluctant Arkansas city’s forced 1957 racial integration of one of its largest high schools, and it shocked me to learn how mean and threatening people were towards people of African descent (and those who supported them).

The author, Melba Padillo Beals, was a fifteen-year-old student at the time, and her recounting of this terrifying time when she was trying to get her education is shocking. (At least it was to me. I knew things were tough for African-Americans during this time during America, but this shows to what levels the opposition stooped to do – against high school kids!) 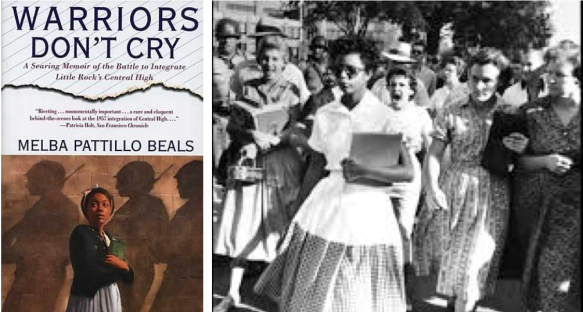 Shameful and rather difficult to read, but not half as difficult as it must have been to actually live in those times. A tough but necessary read, especially in the atmosphere of today where it seems as though America is going backwards instead of forwards.

(Linked with this topic is also a short book of essays I’m reading that argues that America is moving towards resegregation… More to come.) 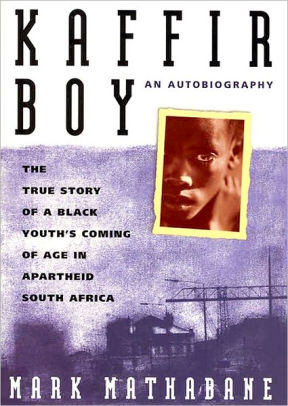 Wanting to read more about racism, I picked up “Kaffir Boy “by Mark Mathabone (1986), a title that’s been on the TBR pile for quite some time, this one about South Africa’s time of apartheid and how one young black man struggles to escape. This was another toughie to read. It doesn’t gloss over the hardship of life for black Africans who have to live under apartheid, and once you’ve read these descriptions of living in a black township at that time, you realize that this kid’s escape to a better life was actually even more of an achievement. It’s sickening that the world allowed this government to continue with apartheid for as long as it did…

And then, since I rather needed something a little more cheerful to read, I did a quick reread of a collection of Atlantic articles by David Grann called “The Devil and Sherlock Holmes.” (See review of an earlier read here.)

Another really enjoyable and well-written read about how strange people can be across the world sometimes. 🙂