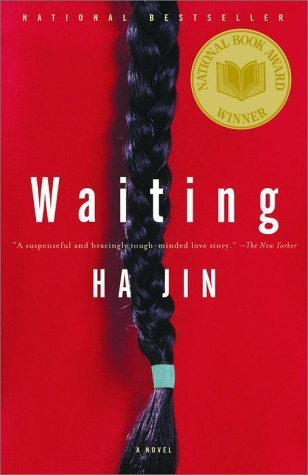 A beautiful sparsely written novel set in China and focused on an army doctor who lives in the city, while being unhappily married to his wife who lives in his old village. The doctor has been separated from his wife for years, and has an ongoing relationship with a nurse where he works. However, in Communist China at that time, it was very difficult to get divorced unless you have been separated from each other for at least 18 years.  Only then, could the husband get a divorce without consent from the wife.

So, this novel follows this story in 1970’s China, and gives a clear picture of life in that regime, where people lived under very strict rules and had to be wary about what they said and who they were seen with in public. It’s a hard life for ordinary people, as relationships were very public and if seen as inappropriate, could lead to severe punishment. 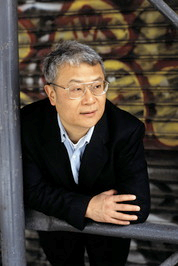 Lin Kong, the army doctor stuck in a loveless marriage with a faraway rural wife, would like to get a divorce and every summer, visits his old village and his wife to ask for one. However, he is torn about the separation as his wife, Shuyu, is an uneducated peasant who has helped to raise their only daughter alone and has also helped nurse his ailing parents in their later lives. She has basically done nothing wrong, and since the marriage was arranged, it’s not her fault. However, Kong is extremely embarrassed about her, about her uneducated ways and her bound feet. Every summer, Kong visits her village and asks for the divorce, and every summer, she goes along with it until they are in court, and then says no, not just to be difficult but because (a) she has no other way to live, and (b) her brother, also a villager, sees that when she divorces, he will lose power and land in the village.

In the mean time, in the city where Kong works, his girlfriend, Manna Wu, is becoming more impatient about having to wait for a divorce before they can take their relationship officially public. The delay puts a strain on their relationship as it drags on, and although Manna Wu asks Kong repeatedly to get a divorce, he is torn between his loyalty to Shuyu and her village life, and his love for the more worldly nurse. It is an interesting contrast between city and village life, where life is very removed and feudal, and both under the eye of Communist China which affected every facet of normal day-to-day routine.

Kong is not a man who feels that deeply about things: he likes his city girlfriend, he likes his village wife, and if he could swing it, he would leave things much the same. But it is not that easy. “Waiting”, the title of the book, refers to the endless months of delay of getting the divorce, and refers to everyone in the various relationships. I could also argue that it refers to everyday life in China where the ordinary person is waiting for life to change for the better, somehow, being powerless to affect any change right now. I think this is really interesting to ponder.

What I really admired about this novel was the style of writing: it was sparse, almost poetic in how Jin selected each word. There are few extraneous words hanging around, and each word adds in some manner. It’s closely structured, very controlled, and rather reminiscent of both the constricted life of Communist China and also the highly ritualized ceremonies such as the Tea Ceremony. Everything is carefully measured out, slowly completed…

I really enjoyed this. Ha Jin grew up in China, but has lived in the US since the mid-80’s. He based this story on a true story he heard when looking after his wife’s mum in a Chinese hospital where something rather similar was occurring. It was awarded the National Book Award and the PEN/Faulkner Award.