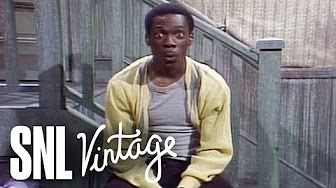 I was going through a slight reader’s block a few weeks ago, and I really couldn’t find anything to read that was hitting the spot. So I picked up and put down quite a few titles and just floated around my book shelves for a while, and, in fact, even took a break from reading to see if I could uncover my reading mojo. (I became reacquainted with the joy of piddling around the house doing nothing in particular, and now have added it to my skill set. Any questions about how to piddle, just let me know. I’m happy to help.)

TV: During my reading break, we finished up watching the entire House of Cards series with Kevin Spacey, caught up with The Americans, and were happy to see the start of Orange is the New Black. (I’ve also been peer-pressured into watching the Ladies in London reality show about English high society women and American expats and how they fit in (or don’t as the case may be). It’s not as bad as I had expected and I’m not sure how many I’ll end up watching, but I seem to have a sort of horrified fascination with the show as it unfolds, rather like seeing a car crash in slow motion. We’ll see…

Movies: I just saw the movie Belle last night and really enjoyed it. Luscious costumes and unpredictable story along with some good acting – a good package. Recommend it if you like Downton Abbey or any other period dramas (although Belle is more eighteenth century).

Books: And I was working my (slow) way through Fink’s Five Days at Memorial non-fiction about how one of the New Orleans hospitals react when Hurricane Katrina arrives. It’s one of those reads when it’s ok when you’re reading it, but it’s pretty easy to pick up and it’s pretty easy to put down (and stay down). I’ve been staying the course (about 2/3 through), but have finally decided to cut the cord and move on. Phew.

So – it’s been a time of change and all is good in my small world.

Although I am a huge fan of the written word, I am also partial to a good movie or TV series (as long as it’s a good story), so thought I’d let you know what we’d been viewing recently. Something to know about our watching habits is that when we discover a new TV series, we become kinda sorta obsessive about watching it straight through episode after episode in rather a blitz. (We tend to discover older TV series so we can do this. Luckily.)

The most recent TV series we have found (well, kudos to the DH for this find) is “The Killing”,  a U.S. detective/cop drama which is set in recent times in Seattle. The first season (which we’re on) follows what happens when a young female high school student called Rosie Larsen is murdered. The director(s) of this series take the perspectives of multiple different people involved on varying levels with this murder and it’s fascinating to see how the drama develops. (We’re on Season One/Episode 8 or similar and so far, we are only about one week into the investigation which clearly shows how deep in detail the shows go.) The characters are flawed but understandable, they have backstories which are convincing and have realistic reactions. Plus it’s set in Seattle! It rains! All the time! (At least it does in this show.) The only minor challenge is that the lead detective chews gum as though her life depends on it which was distracting at first. (She smacks her gum. A lot.) However, as the story progresses and we get to know her character a bit more, it makes more sense (although it’s still annoying to a non-gum-chewer such as moi). Anyway, loving this series. Every episode ends as a cliff-hanger. Fab stuff.

Another TV series in which we immersed ourselves (but have now caught up with) was The Fall, a British BBC 2 show (I think) that is set in Belfast. Another crime/detective show which features Gillian Anderson (she of X Files which my dad used to love) who sports a very convincing English accent. Again, good plot and believable characters who are tied into a serial murderer. (Fascinating how they are portraying the criminal guy.) Recommend this one. (This one is also cold and rainy all the time. Can you tell I have had enough of Texas summer?…)

And then we watched the 1944 film of Gaslight,  a psycho thriller which follows a married couple with the husband playing serious mind games with the wife. Stars Ingrid Bergman and some people who I have not heard of, and is really good. (It turns out that “Gaslighting” is an accepted verb in some circles. Who woulda thunk?)