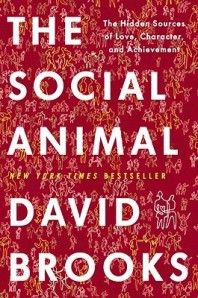 (Quite an Awful) Subtitle: The Hidden Sources of Love, Character and Achievement.

This was a dense read which needed slow progress to really get the most of it. Brooks is a NYT journalist who has an impressive resume which includes writing gigs with The Atlantic, NPR, the Wall Street Journal, among others, and is categorized as a “conservative that liberals can love” (which, now that I have read the book, I can see that he is more of a conservative than not).

This is more a meta-study, so to speak, of sociological and numerous other –logical areas all woven together to form a study of two fictitious humans called Erica and Harold. Drawing from numerous sources (although no bibliog at the back which was odd*), Brooks follows this couple from birth to death and applies numerous and varied research findings to what they do and why, mainly focusing on the emotional side of decision making vs. rational and logic-based thinking. 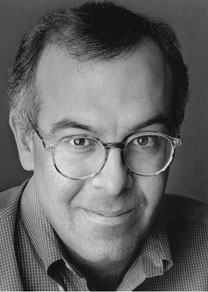 This format of having pretend characters as form on which to model various points worked well for the most part. The reader is well aware that the couple is being used just as demos, and yet at the same time, I also became quite invested in how the couple fared throughout their days. Brooks covers a huge selection of topics ranging from birth order in families to political selection to creativity, urban development and philosophy and gets quite strident at times.

It’s an awful lot to think about, and that’s the main reason that this was such a slow read for me. I would read a chapter or so, and then have to put the book down and go off and think about what he had written. There were times when I felt that Brooks tried to cover too much subject as it’s quite a superficial and wide-ranging read at times. (I also need to admit that my eyes rather glaze over when people start talking serious philosophy so some of this might have been wrapped up with user error…)

As with any time when you are drawing from multiple sources to make a point, it’s not that tough to only use results that support what you want to say, and, in fact, Brooks make this very point halfway through the book when he talks about media and politics and audience. People will usually employ the media channel which supports their point of view – a confirmation of perspective. I am certain that some people try to vary their information sources, but generally speaking, I think this to be a valid point.

And there are numerous other cases of study results used to illustrate other points which I might not have agreed with and yet at the same time, couldn’t argue against because it was probably true, common-sense wise.

Although this was not a book packed with new insights, it was well written and provocative even if I did question some of the points. However, Brooks does such a good job of developing his argument that it’s very difficult to argue otherwise sometimes. (At least it was for me.)

An interesting read which is worth the effort wherever you stand on the political spectrum. Thinking is good.