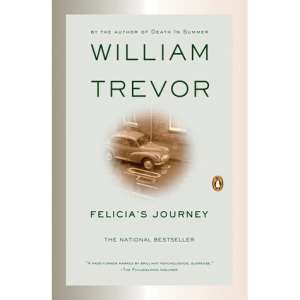 A title that was picked rather randomly off the TBR shelf, this was a great surprise read for me. William Trevor, described by Wiki as “one of the elder statesmen of the Irish literary world,” is famous for his short stories, but his back list is HUGE and so there are loads of different books to choose from. He’s won quite a few prestigious literary prizes (including the Whitbread Prize and has five nominations for the Booker Prize.) Irreverent sidenote: He sounds a bit like the Snoop Dogg/Lion of the Booker World.*

So – to the plot of this fast-moving and short book: Felicia is an unmarried and naïve Irish girl who ends up getting pregnant by a visiting no-good lad from her village who has moved away to England. In Felicia’s impoverished family, there are few options for her to follow, so she leaves Ireland to go to the Midlands to chase down this boy who, she is certain, would like to know she is pregnant and would do the right thing. Her family is against this lad from the get-go as her father believes that the guy has run off to join the British Army, and as they are extremely wound up in Irish Independence activity and history, this act means he has joined the enemy.

Along with this is the fact that the family is Roman Catholic and her father works at a convent in the garden, so options for her pregnancy are not available either. Poor thing – it’s a no-win situation for her all around, it seems, and so she visits England for the first time in secret – a foreign country for her as she has not traveled much before.

Aside from the facts that Felicia has little money, no friends, no housing, and a fake address for this boy of hers, it doesn’t look very hopeful. Then she meets Mr. Hilditch (always used with that title) who is a quiet nondescript middle-aged catering manager for a local factory near where Felicia is staying. He presents himself as a kind and rescuing father figure for her, but in his thoughts, the reader can see that there is a history of something weird. He has “rescued” girls before, but what has come of them? And will he do the same with Felicia?

This is a taut psychological novel about the hunter and the hunted: Mr. Hildich is the predator and naïve girls “who won’t be missed” are the prey. At the same time as this is happening, you also follow Felicia’s thoughts as she is scared and confused. She lives on the street for a few days, gets in with a rather strange but benign religious group who can give her a place to sleep, and she keeps being circled by Mr. Hildich, as a shark does bleeding seals. You just know that something is going to happen…. But what?

The ending comes quite quickly and it’s not what I had thought it would do. (I love this unpredictability in a plot.) There are a few major twists and in the end, things are left hanging unsolved really. (You’ll get the hanging ref when you read it. The plot also tightens as a noose would… )

Again, not sure where this title came from but thanks for the heads-up whoever it was. I loved its taut plot and believable characters. There will be more Mr. Trevor reads in the future. 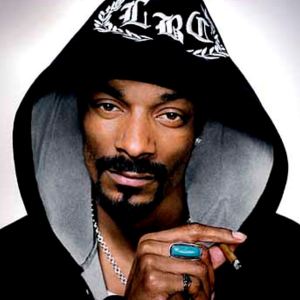