I happened to pick this title up from a display at the library, and found out that this was a fascinating way to spend last Sunday afternoon. The book is part of an ongoing DK series called “Eyewitness Books” and each title takes a particular subject (e.g. cowboys, Vikings, books, weather etc.) and leads the reader through an overview of that subject using lots of high quality and well curated photographs and explanatory text. It’s mostly photographs though, and by doing this (and as the aim of the whole series), it feels rather as though you’re walking through a museum looking at all the different pieces that make up the exhibit.

It’s not text-heavy, but by looking closely at the photographs (as you would the displays at a museum), by the time you’ve read the book, you feel as though you have a much better understanding of whatever the topic was (in this case, cowboys). It’s really great.

An example of a Stetson cowboy hat.

Here’s some of what I learned about the world of the cowboy from the last reading:

There are variations of cowboys all over the world who have been doing this type of job for decades (and longer):

Which of course makes perfect sense, but this was new information to me. It’s obvious now, of course.

Other pearls of knowledge: 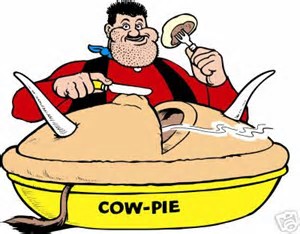 So I found this really interesting on so many levels that now I am searching for more of these Eyewitness Books as they are a great introduction to big subjects… Loved it.